Ajitpura is a town in the Hanumangarh district, Rajasthan state in India. It was a historical town of Bikaner state. Now it is a Panchayat and Block headquarters. It is situated just 14 km far from Tehsil headquarters Bhadra in east direction and 24 km far by road via Amarpura. It is 148 km far from district Ajitpura is an ancestral seat of Sringot clan of Bika Rathores.
Rulers of Ajitpura are descendants of Maharaj Sring ji, son of Rao Jetsiji of Bikaner.
The Chief is a noble of Bikaner State and enjoys Ikladi Tazim and Banho Pasanv in Bikaner Darbar.
The estate was granted to Thakur Saheb Manohardasji in 1594 AD by Raja Rai Singhji of Bikaner, but Tazim was granted to Thakur Saheb Kishen Singhji in 1616 AD by Maharaja Surat Singhji of Bikaner (he was also conferred with Dohri Tazim Thikana of Sidhmukh and subsequently he abdicated his claim in favour of his son Kunwar Ram Singh who succeeded him as the Ruler of Ajitpura).
Thikana provided Rekh (revenue) from 16 (villages) and Chakari Asvar (Horse Cavalry) of 20 Horsemen to Bikaner State Army (1893).

Images & Other Things Related to Ajitpura 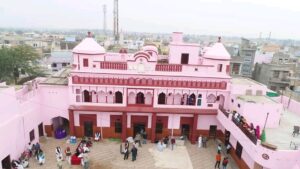 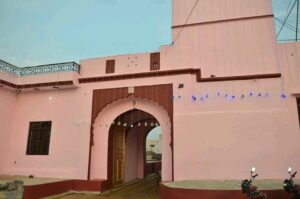