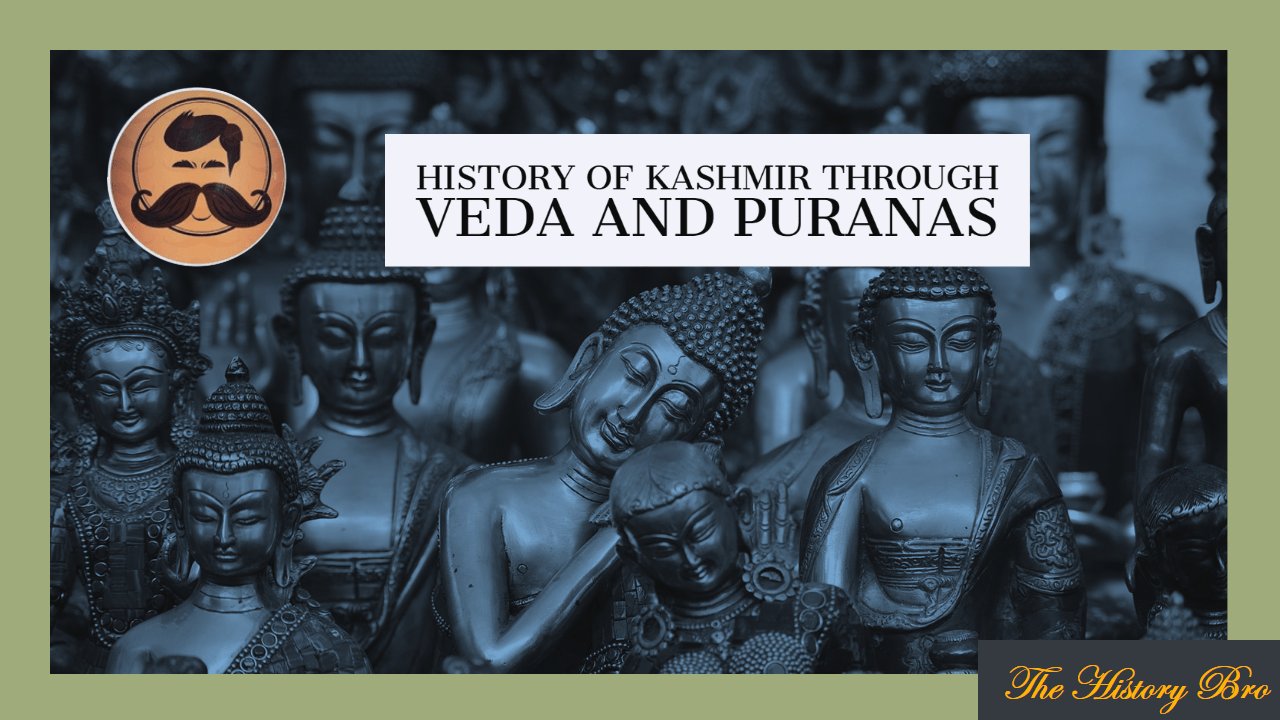 Pre History of Kashmir through Veda and Puranas Mythology :-

3. Kashmir saw the Suparnas attaining freedom from the Nagas as Garuda brought Amrta coveted by Naga Mata Kadru and ended the slavery of his mother Vinata who served as a Dasi to Kadru.

On the day of Naga Panchami and Garuda Panchami, 5th of August 2019, Kashmir became legally free of Islamic colonialism by the amendment of article 370.

4. Kashmir was the ancient homeland of the Daityas described in the Daitya Veda Vendidad as the land with 10 months of winter and only 2 months of summer, where the good Daitya river (Vitasta, Jhelum river) flowed. There they lived along with the Nagas, Suparnas, Adityas and the Danavas. That was the first Swarga, a heavenly homeland. From there due to ethnic conflucts, they migrated to the four cornered Varena viz the Kurukshetra (currently Delhi-Kurukshetra region, approximately all of Haryana), their second heavenly homeland, the second Swarga.

Today Delhi-Kurukshetra region is the most preferred place for many Kashmiris to live, after Kashmir.

5. As per Mahabharata, Sabha Parva, Arjuna Digvijaya, the current region occupied by PoK, CoK, Kashmir Valley, Ladakh and Jammu was then occupied by numerous kingdoms like Darada (later Dards or Dardic people), Kamboja (who later conqured north of Bharatavarsha from Sindhu-Sauvira-Dwaraka in the west to Vanga in the east, after the decline of the Kurus), Rishika (who later migrated to Russian steppes), Tushara (Tukharas, Tocharians), China (later migrated to east forming the numerous Chinese royal dynasties), Loha (current day Ladakh with city of Leh), Kashmira (Kashmir Valley ), Madra (capital at Sakala, now Sialkote, but ruling portions of Jammu region) and Kuru-Bahlika (center of power in northern Punjab but ruling portions of Jammu region).

6. The southern plains of J&K, viz the Jammu plains, in contrast to the hingh Himalayan mountains of the north was known as Jambu Dwipa, a name which later got applied to whole of Asia. This was because the unknown cartographer who gave these names likely belonged to Kashmira, and the mountanous Kashmir along with the Pamir knot in its north was considered as no different than Meru, the central axial mountain of the known world (Eurasia), with small Kashmir valley inside it as the Meru Swarga. That is why all sentient beings (Deva, Daitya, Danava, Naga, Suparna, Yaksha, Gandharva, Apsara, Kinnaras, Pisachas and Bhutas) with their patriarchal father Prajapati Kashyapa are conceived as having origin in Kashmir / Meru / Kashyapa-Meru.

The remnant of the name Jambu Dwipa now got confined as Jammu (Jambu).

8. It is also associated with Indra’s slaying of the ice / cloud serpant Vrtra.Vedic myth describe Indra breaking Vrtra and releasing the waters concealed by him, which many associate with the geological process of deglaceation, a process by which a large glacier that covered Kashmir valley melted away, first submerging the valley as a large lake (Dal lake or Mahasarit is just a remnant of it), and then the waters flowed out as the Jhelum (Vitasta / Daitya river) during the end of the last Ice Age in around 10, 000 BCE.

9. It is also assumed by many that the events of Varaha Avatara played out in Kashmir. The flooding of Kashmir valley due to deglaciation lead to the notion of Dhara (earth, terra) getting lost or submerged in ocean which Varaha later recovered. Geological studies validates the submerged state of Kashmir valley as a large lake and its later re-emergence as a fertile valley. Baramulla / Varaha Muula gets its name from Varaha (Vishnu in the form of a wild boar).

10. Sankaracharya’s final destination in his digvijaya was Kashmir. It is here he conceived and reformulated Vedantic insights into his own powerful version of Adwaita, all the while nourishing all Dwaita bhaavaas of Sanatana Dharma, which give rise to a new strand of Dharmic Vicharadhaara distinct from Bauddha, Jaina Dharmas (which later got the name Hinduism).

12. Not to mention the numerous historians, mathematicians, astronomers, grammerians like Kalhana, Varahamihira and Pannini who were born or lived here and nourished Sanatana Dharma by working from here!

Thus Kashmir is very much a Dharmic land, a Dharma bhoomi as holy as Ayodhya, Mathura and Kashi and so vital in shaping the Dharmic ethos of this nation.