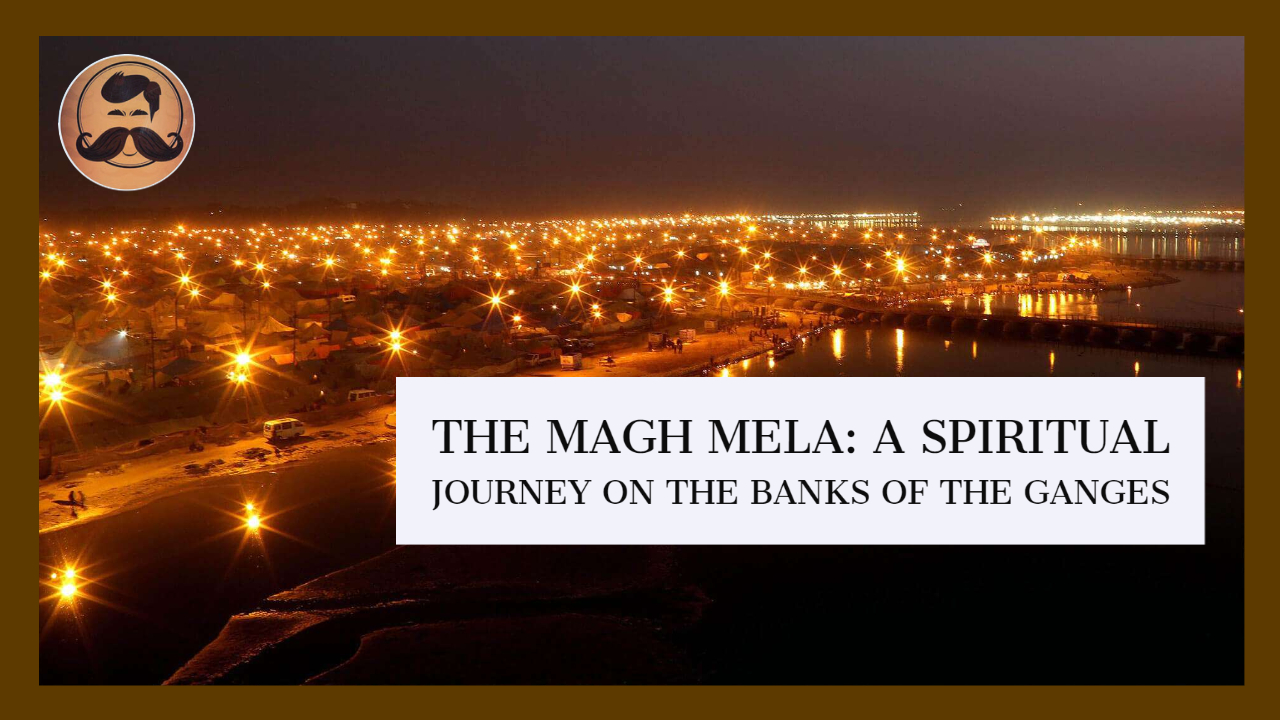 Magh Mela, also known as the Kumbh Mela of Prayagraj, is one of the most sacred and largest religious gatherings in the world. The event takes place every year in the city of Prayagraj (formerly known as Allahabad) in the Indian state of Uttar Pradesh, and is attended by millions of devotees from all over the globe.

The Magh Mela is a month-long festival that typically falls in January or February and is held on the banks of the holy river Ganges. The event is considered to be of great spiritual significance as it is believed that during this time, the river Ganges is said to be especially purifying and has the power to wash away sins.

The festival is divided into several phases, with the main event being the ‘Snan’ or ‘holy dip’, which takes place on specific days that are considered to be particularly auspicious. The most important of these days is known as ‘Mauni Amavasya’, which is considered to be the most sacred and is attended by the largest number of devotees.

During the Magh Mela, the entire city of Prayagraj comes alive with a vibrant and festive atmosphere. The streets are lined with colorful flags and decorations, and the banks of the river Ganges are dotted with makeshift tents and shelters where devotees can stay.

In addition to the main event of the ‘Snan’, the Magh Mela also features a wide range of other activities and events. These include religious discourses, devotional music and singing, and cultural performances. There are also several holy men and sadhus who attend the event, many of whom are considered to be highly respected and revered spiritual leaders.

One of the most unique aspects of the Magh Mela is the presence of the Akharas, which are groups of ascetics who belong to different monastic orders. Each Akhara has its own distinct customs, traditions, and rituals, and they are known for their colorful and elaborate displays.

The Magh Mela is not just a religious event, it is also a great opportunity for tourists to experience the rich culture and history of India. The city of Prayagraj is steeped in history and is home to several important historical sites, including the Allahabad Fort, the Khusro Bagh, and the Anand Bhawan Museum.

Visitors can also take a boat ride on the river Ganges and witness the beautiful sunset and the Ganga Aarti, a devotional ritual of worship in which lamps are offered to the river.

The Magh Mela is a truly unique and unforgettable experience. The event offers a rare glimpse into the rich spiritual and cultural heritage of India, and is a must-visit for anyone interested in experiencing one of the world’s most significant religious gatherings.

It is advisable to book your accommodation well in advance as during the Magh Mela, the city is packed with devotees and tourists. There are several budget-friendly options available including guesthouses, lodges, and tents on the Mela ground.

In conclusion, Magh Mela of Prayagraj is a once in a lifetime opportunity to witness one of the world’s largest and most sacred religious gatherings. It is a vibrant, colorful and spiritually uplifting experience.

The History of Delhi before the Making of New Delhi